Today in the world where Internet is growing rapidly, fear of security is also growing. Your application must be secure enough to defend from attacks from hacking, phishing, denial of service (DDoS), malware and viruses.

As per the Cisco 2016 Annual Security Report, cyber-security is a major growing concern in today’s world. Many large organisations have security budget that is separate from the IT Budget. According to a survey on security executives, 48 percent of senior executives were very concerned, and 39 percent were moderately concerned about cyber-security breaches. This concern is on the rise, 41 percent were much more concerned about security breaches than they were three years ago, and 42 percent said they were a little more concerned than before.

2016 experienced many historical hacks. They came back to bite millions just as they were least expecting it. Some of them are listed below:

The 10 major steps to ensure security of your online applications:

1. Use Strong Password: This is most common way by which your application can be accessed by intruder. Your password must be very strong and it should not be predictable. Don’t use your name, mobile number, date of birth etc. for it. Your password length should be minimum 8 characters and use combination of upper case, lowercase, special characters. Also, there are many online tools by which you can check strength of your current password like Microsoft password strength checker.

2. Keep your Software Up-To-Date: You have to make sure that all the software installed on your server are updated. Many people think that it is not necessary but it is always an important part of security. Using an old version of application is vulnerable to security. Developers always try to make your application more secure so whenever any update comes, go for it.

3. Firewalls: Firewall is nothing but layering your security. It is a wall which protect from unauthorised access. An attacker need to access through firewall before he reaches to your critical information. Firewall controls incoming and outgoing network traffic and has the ability to identify and block unwanted traffic.

4. Two-Factor Authentication: Two-Factor Authentication or 2FA is the method of adding an additional layer of security to your application. 2FA means verification using two different factors. If you login to your email account you enter username and password and you get access. But after putting username and password if it ask for another verification for example an OTP (One-Time password), then it is 2FA.

2FA takes your security level to one step ahead. The second factor for authentication can be anything like it can be a pass-code or it can be your retina or thumb impression or voice etc.

5. Website backup Solution: You must always have backup data. What will happen if your site

crashes? Not only you have to pay again for developing it but also it will affect your business by losing the customers. In such cases if you have backup of your site than you don’t need to worry, you can restore it and your website is back in business again. Backup of your site is helpful in many other cases also for example if you want to restore previous version of website then you can do it if you have backup files.

We recommend CodeGuard’s Cloud Backup Solution. It lets you recover your website data instantly, with just a few clicks. Very easy to setup. We provide fully managed backup solution for your website or online application.

visitors or information filling forms. Consider an example where you sign up for a site and you fill all your personal information on that site, are you sure that your information is secure during transmission. As a site owner, it is your responsibility to provide security to end users and make sure that information submitted by them is secure. This is where SSL Certificates works.

7. Malware Protection: Malware are malicious software which can be used to spread virus,

steal information and even to hijack website. Hackers can insert this malware on your website and it is hard to detect. So it is good idea to have protection against malware. Malware protection is nothing but software which inspects all the files and folders and check for any suspicious objects.

We recommend SiteLock Malware Detector. It scans your website, detects the malware and automatically removes it so that your website remains malware free always.

8. File Upload: If you are allowing users to upload files on your website then you have to be alert. Attacker may upload malicious code on your application which can damage the source code. To prevent this kind of attack you have to make sure that all files uploaded are in specific format, it should not be script files. Ensure that the file extension matches the actual type of the file content. Prevent users from uploading problematic file types like HTML, CSS, JavaScript, XML, SVG and executable using a white-list of allowed file types.

10. Set up system alerts for suspicious activity: If you are an eCommerce site than set an alert notice for multiple and suspicious transactions coming through from the same IP address. Similarly, set up system alerts for multiple orders placed by the same person using different credit cards, phone numbers that are from markedly different areas than the billing address and orders where the recipient name is different than the card holder name. 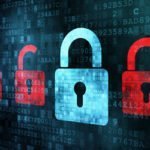 Managing security of your online assets & presence is a continuous task. Security has to be monitored and re-assessed on a daily basis in real-time. It is better to be safe than sorry.